Often referred to as the “Miracle Molecule”, Phosphatidylcholine is an integral component of every cell in the human body. It promotes intestinal health, skin health and weight loss while addressing neuropsychiatric disorders. PC heightens energy levels and reduces fatigue, often enhancing athletic performance. It has also shown significant benefits for patients with Hepatitis B and C and has successfully been used to treat a number of patients with toxicity-related syndromes, commonly mold toxicity. 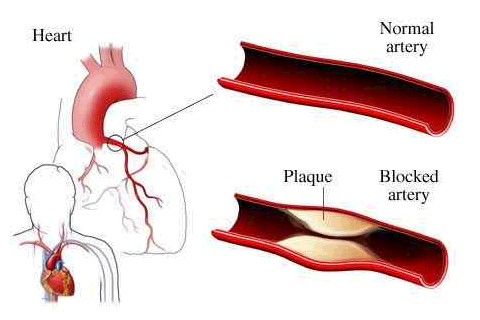 The most important effect of Phosphatidylcholine is its remarkable ability to reduce plaque depositions in the arterial walls. It also lowers cholesterol and homocysteine levels. Studies have shown that it increase the life span by up to 36%.

An important therapeutic application of the Phosphatidylcholine treatment program is increasing and individual’s ability to withstand cardiac stress. This application is valuable for the individuals who have suffered cardiac trauma, such as myocardial infarction or who are at high risk of heart trauma.

Vascular Health
The plaque on arterial walls is comprised of fats, collagen, fibrin, mucopolysaccharides, cholesterol, foreign proteins, and other substances found in the environment and diet. It is popular thinking that cholesterol in the food we eat is the primary cause of heart disease and that the best defense is to lower the blood levels, with diet and drugs. There is a statistical correlation between high cholesterol levels and an accelerated atherosclerotic process, so that medical science has concluded that dietary cholesterol and saturated fats in the diet are the main culprits.

Ben Boucher M.D., of Cape Breton, N.S. asserts that the buildup of metals in our bodies causes free radical oxidation, which damages cells. He explained in a Medical Post report that when the cells of the artery walls are damaged, cholesterol accumulated, strangling circulation. Boucher believes that Chelation therapy can reverse the effects of free-radical oxidation, allowing oxygen and nutrient rich blood to flow freely through the arteries.

Bypassing Bypass Surgery
Heart disease is the number one killer in North America. Dr. Nortin Hadler M.D. a professor of medicine at the University of North Carolina believes that only three to five percent of the 300,000 bypasses performed in the U.S. were actually necessary.

Diabetes
As early as the 1960’s, Chelation therapy was shown to help diabetics, allowing some patients to reduce or even stop taking their medications. This result was attributed to the fact that diabetes damages blood vessels, and Chelation therapy seems to reverse some of that damage. Many of the difficult complications of diabetes are due to vascular degeneration and may be improved with Chelation.

Alzheimer’s Disease
Chelation therapy also helps remove aluminum from the body, a metal that may contribute to Alzheimer’s disease. Drs. H Richard Casdorph and Morton Walker, authors of Toxic Metal Syndrome: How Metal Poisoning Can Affect Your Brain, state that Chelation therapy has been shown to help at least 50% of elderly people who have tried it. They document greater mental clarity, improved memory, and increased IQ, working best in patients with early stage Alzheimer’s, a condition for which conventional medicine has little to offer.

Cancer
An 18-year follow up study was done in a small city in Switzerland. A group of 59 patients were given a series of Chelation treatments. Another group of 172 patients was observed as controls. Both groups of people were selected from a neighborhood adjacent to a busy highway. All persons were equally exposed to the same amount of lead from automobile exhaust, industrial pollution and other carcinogens. Exposure to carcinogens was no greater for the studied population than exists in most other metropolitan areas through out the world. After 18 years only one of the 59 Chelation patients died of cancer, while 30 of the 172 non-treated group died. Death from atherosclerosis was also reduced.

Garry Gordon M.D., is quoted as saying, “Anything that reduces your burden of toxic metals, which feeds the fire of free radicals, sufficiently safeguards your immune system so that your body can more effectively handle early cancers”.

Other conditions
Chelation therapy is also known to be helpful in alleviating the disability and discomfort of degenerative illnesses such as arthritis, scleroderma and lupus. Allergies and chemical sensitivities also appear to be improved. There is some evidence that degenerative brain conditions may benefit from chelation therapy, improving memory and cognition.  Other forms of chelation therapy are very useful in the detoxification of toxic heavy metals such as mercury, lead, cadmium, aluminum etc.  Specific tests can be performed to determine metal toxic load, and new patients are frequently screened for risk of heavy metals.